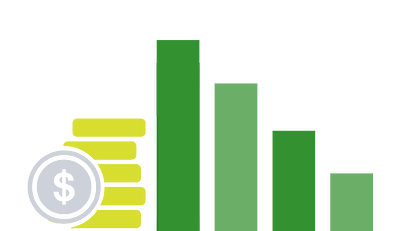 Why group policies can't sustain themselves in a free market...

First, let's imagine a company with 50 employees.  You have people ranging from young and healthy to old and sick in this company.  They have a group insurance plan which every single person in the company uses.  The total cost is $400 per person and the company pays 50% so the cost to each employee is $200/month.

Of the 50 employees, 10 are in their 20's and have no preexisting conditions.  These people can get individual insurance for under $100/month so even without any tax benefits, it makes sense for them to leave the group and get their own individual policies.

Because the 10 lowest cost members of the group are leaving the company plan, the expected cost per person in the group is higher and the insurance carrier increases the premiums accordingly.  Now the plan costs $500 per person because a higher percentage of the group is old and/or sick.

Eventually, the group is made up of entirely sick and old people and the rates are incredibly high.  As a matter of fact, because group policies are based directly on the actual cost of coverage, these people are paying the full cost of their benefits so it's not really insurance at all.  This system simply isn't sustainable.

This is one of the main problems with group coverage.  Companies rely on healthy people to pay for the sick, but the cost to the healthy people is disproportionate to the amount of risk they are covering.  This isn't how insurance is supposed to work.

The problem that this really highlights is that because group premiums are based on the total cost of the group, the smaller the group gets, the less "insurance" there really is.  If there's only one person in a group, that person will end up paying for 100% of his or her medical costs (plus a healthy overhead to the insurance carrier).

Some people would argue that this is why individual insurance should be illegal.  The problem is, outlawing personal policies would only treat the symptoms rather than the cause of the flaws in our system.  This get's back to what I said earlier about how insurance should cover risk and something else should help people pay for known costs.  Until we distinguish between those two things, nothing we do will address the real problem, and so nothing we do will solve the real problem.

The good thing is, individual insurance is a step in the right direction because it breaks people into groups based on if they need real insurance, or they need help paying for their preexisting conditions.  It's still up to the government to figure out what to do with the second group (helping sick/poor/old people pay) but at least the problem becomes more clear in the individual market.