For HR professionals and small to medium size business owners in Texas, there’s a lot you need to know before you start designing your employee benefits package at your company.

If you’re looking to offer personalized employee benefits that meet Texas regulations, we’ve got you covered! Schedule a free consultation with a personalized benefits advisor. 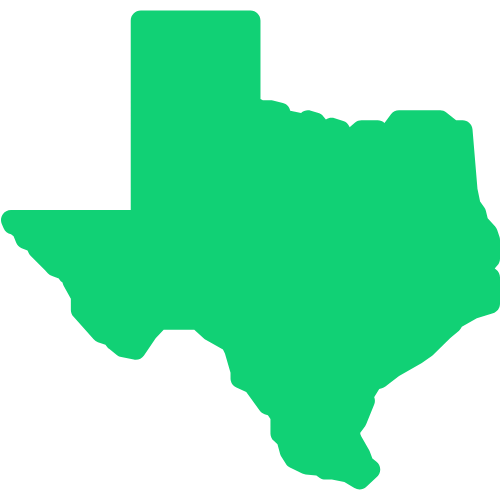 Is your organization compliant with Texas employment laws?

If you have a Texas-based company, or remote employees located in Texas, you need to understand the state’s benefits and HR compliance regulations. This guide will provide a general overview of the Texas laws for small to medium size businesses.

Topics covered in this guide include:

What are employment laws in Texas?

The federal government sets the minimum requirements for employees regarding employee benefits and HR. But some states have their own employment laws, either strengthening federal laws or adding new protections altogether—and Texas is no exception.

In Texas, there are a few state-specific laws that employers must follow in addition to federal employment laws, such as:

What are employee rights in Texas?

Texas employees have certain rights under federal and state law. If you have or plan to hire employees in Texas, you'll need to know what rights your employees have, and don’t have, at your organization.

Some state rights include:

Some employee benefits are required under Texas labor laws, in addition to federal regulations. However, some benefits that may be required in other states don’t apply in Texas. Many benefits are left up to the individual businesses’ discretion.

Wages in Texas are subject to various state laws, but most are defined in the Texas Payday Law. We've compiled the essential requirements of the law to know below.

If an employer has an employee that lives on the business premises, the employer doesn’t have to pay the worker for any on-call job duties performed in addition to their regular working hours. Additionally, employers may count tips and the cost of meals and lodging toward the minimum wage rate.

Pay for meetings or training

The U.S. Department of Labor considers compensable time as "all the time during which an employee is necessarily required to be on the employer's premises, on duty, or at a prescribed workplace."

Therefore, employees must be paid for all time worked, whether that time is spent in meetings, training, or doing regular work.

Texas follows the federal law for overtime pay. Under the FLSA, federal employees must receive overtime pay if they work more than 40 hours in one workweek.

For every hour of overtime work, employees can be paid in one of two ways:

If an employer doesn’t designate paydays, paydays will be the first and 15th of each month.

Bonuses or wages paid on a commission basis are due according to the terms of the agreement between the employee and employer.

At the end of each pay period, employers must give each employee a written statement containing the following information:

Unless an employee agrees in writing to accept part or all of their wages in another form, wages must be paid in cash, by a check that is negotiable for cash on demand at full-face value, or by direct deposit.

Wages must be delivered to the employee at their workplace during regular working hours, mailed, or electronically deposited no later than payday. Delivery can also be made to any person authorized by the employee in writing.

An employee may be entitled to unused wages for fringe benefits, like vacation, holiday, sick leave, parental leave, or severance pay, if the employer provides these benefits at their organization in a prior written agreement.

Employers aren’t required to pay severance pay to any employee unless a severance package has been promised through a written agreement during the hiring process.

Under state law, wages may be withheld only when the employer:

If an employee believes they’re due unpaid wages, they can submit a wage claim with the Texas Workforce Commission (TWC) no later than 180 days after the wages were due.

TWC investigates all claims to determine whether wages are owed to employees under the Texas Payday Law. If TWC determines that the employer must pay, the employer pays the TWC, and TWC pays the employees their wages. Both the person claiming unpaid wages and the employer have a right to appeal the determination.

If TWC determines that an employer acted in bad faith by not paying wages, the employer may be issued an administrative penalty equal to the wages claimed or $1,000—whichever is less. The same penalty can be issued against an employee who files a wage claim in bad faith.

However, just because you’re not required to offer health benefits at your organization doesn’t mean you shouldn’t. After all, offering health benefits to your employees is a great way to attract and retain top talent.

To qualify for traditional group health insurance in Texas, your company typically needs at least two employees, including the owner. However, rising healthcare costs and minimum contribution and participation requirements have made it challenging for small to medium size businesses to offer a group plan.

Luckily, PeopleKeep offers some alternatives for small business owners who can't or choose not to provide group coverage in Texas. Let’s briefly dive into those options below.

A health reimbursement arrangement (HRA) is an IRS-approved, employer-funded health benefit that allows you to reimburse your employees, tax-free, for their individual health insurance premiums and qualifying medical expenses.

With an HRA, you have complete control over your benefit while giving your employees more freedom to choose how they want to use their benefit.

Some HRAs, such as the individual coverage HRA (ICHRA), can satisfy the federal regulations for applicable large employers (ALEs).

Learn more about each HRA

For employers with 1-49 employees

For employers of all sizes

A flexible health benefit that can be used alone or alongside group health insurance.

A group health supplement to help employees with out-of-pocket expenses.

A health stipend is a fixed sum of money offered to your employees to help pay for their healthcare expenses. A health employee stipend isn't a formal group health plan, so you have complete control over which expenses are eligible for reimbursement.

This makes a health stipend an excellent option for small businesses looking to offer a health benefit that covers costs health insurance or HRAs may not cover, such as mental health expenses.

GET THE COMPARISON CHART
FAQ

What can Texas employers legally disclose about their past employees?

Under Texas law, an employer may disclose why an employee left their company, including the reason for termination (if they were terminated), an employee’s job performance, and other assessment factors, such as effort, attendance, and attitude.

As long as the disclosure is written in good faith, they are free of any employer liability.

What is the basic rule of Texas employment law?

Do employers have to offer health insurance in Texas?

Small employers don’t have to offer health insurance. But employers that decide to provide it must make it equally available to all employees working 30 hours or more per week (not on a temporary or seasonal basis) and their dependents.

Learn more about the requirements for applicable large employers 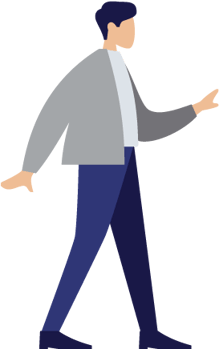 Looking to enhance your benefits package?

Speak with a PeopleKeep personalized benefits advisor who can help you answer questions, and help you select the right benefits package for your team.