Study: Majority of Americans Misinformed or Uninformed about the ACA

Americans have mixed feelings about healthcare reform and how the Affordable Care Act (ACA) has affected them. While most have formed an opinion on the ACA, a majority have been misinformed or uninformed about the details about the law. These are the findings from the Kaiser Family Foundation’s July 2014 Health Tracking Poll. Here are the highlights of the July poll.

Majority Misinformed or Uninformed about the ACA

Kaiser’s previous polls have found that misperceptions about the ACA are common. The July poll found that this is still the case. Over a quarter (26 percent) of the public thinks that individuals newly enrolled in policies through the ACA are enrolled in a single government plan. They are unaware that individuals have a choice between individual health insurance plans. Additionally, 38 percent of the public reported not knowing enough about the ACA to give an answer. 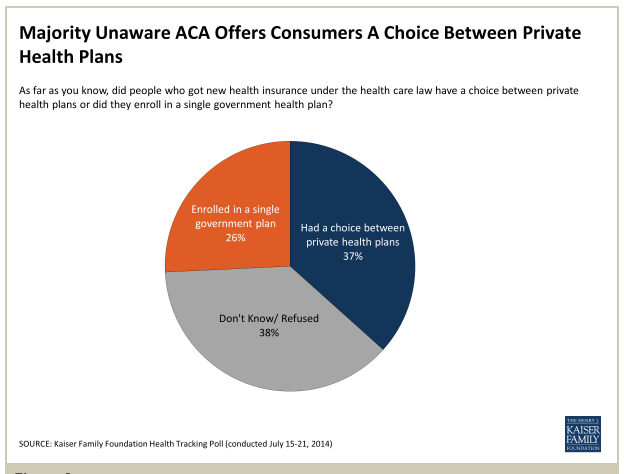 60 Percent of Public Prefer Congress Improve the ACA, Rather Than Repeal and Replace the Law 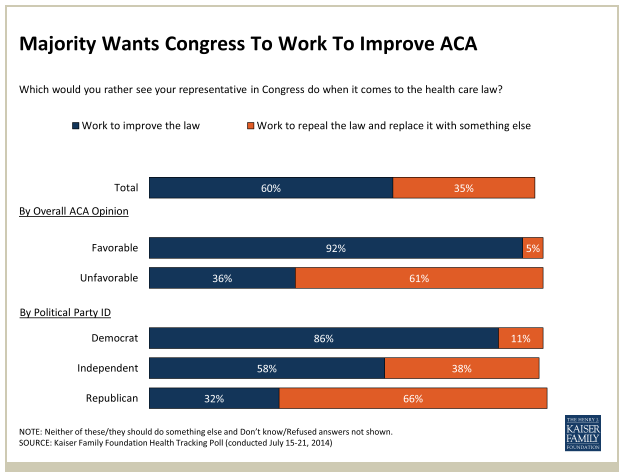 Public Wants Administration to Focus on Issues Other Than Healthcare

Aside from veterans' healthcare issues, the public would prefer that the government focus its attention elsewhere. A majority of the public reported that the president and Congress are paying too little attention to the economy and jobs (70 percent), the federal budget deficit (68 percent), education (66 percent), and Social Security (65 percent).

According to the poll, the public thinks the government is paying too much attention to healthcare (29 percent) and women’s health issues, including access to birth control (28 percent). 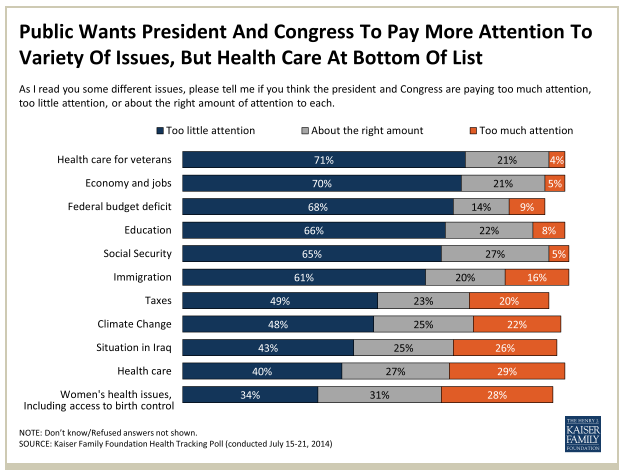 On June 30th, the Supreme Court decided that privately-owned, for-profit companies may choose to not pay for prescription birth control in their employees’ health plans if the employer has religious objections. When asked about the Supreme Court’s ruling on the Hobby Lobby’s challenge on the ACA’s contraceptive coverage requirement, the public was almost evenly divided. While 49 percent disapproved of the ruling, 47 percent approved of the decision. 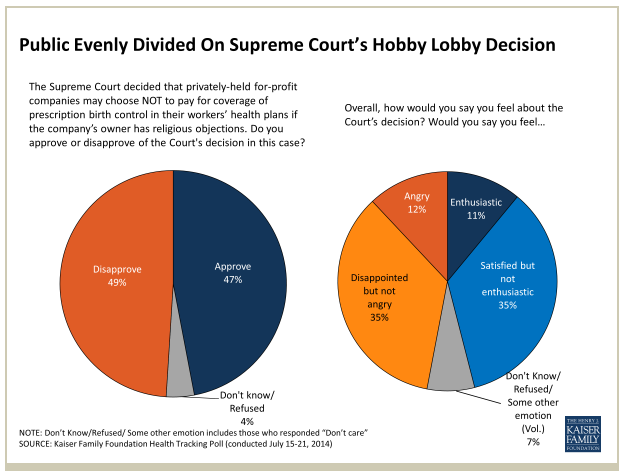 What do you think about the latest poll on the public's view of the ACA?