Americans who enrolled in individual health insurance policies through the Marketplaces are generally happy with their coverage. Additionally, the rate of uninsured people ages 19 to 64 has dropped significantly. This is according to a survey conducted by the Commonwealth Fund.

The Commonwealth Fund's Gaining Ground survey suggests that despite the controversy surrounding the Affordable Care Act, a majority Americans who purchased Marketplace health insurance coverage are “very or somewhat optimistic that the new coverage will improve their ability to get the health care they need.”

The survey revealed that enrollees with Marketplace coverage are satisfied with their level of coverage, access to healthcare, and affordability of their policies. Certain demographics are more satisfied than others; these included young people, Medicaid enrollees, and Democrats.

Another major trend revealed in the survey is that the rate of uninsured Americans has dropped significantly, especially among certain demographics such as young people, people with low-to-moderate incomes, and Latinos. 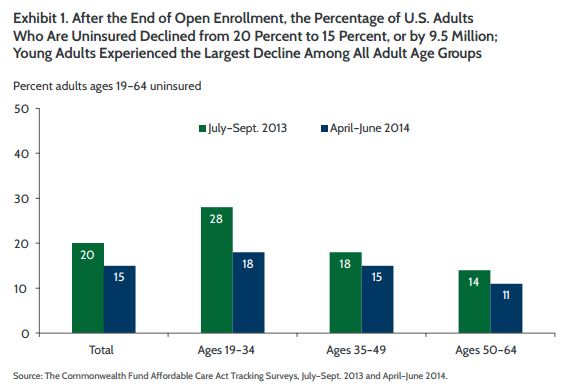 What has been your experience? Are your employees or clients happy with their individual health insurance coverage?