How the AHCA Affects Small Business and Individual Taxation

Much has been said about the passage of the American Health Care Act (AHCA) by the House of Representatives in May. The Republican-sponsored legislation is the first successful attempt to repeal and replace the Affordable Care Act (ACA), and though it faces considerable scrutiny in the Senate, it signals a desire among many for significant change in U.S. health care policy. 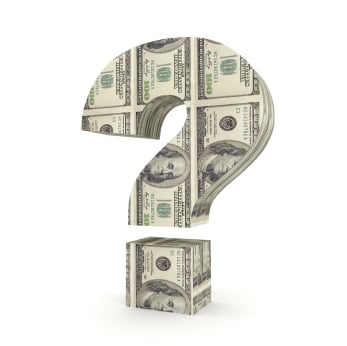 While the Congressional Budget Office (CBO) score on the AHCA discusses the impact of the legislation on the federal budget, the bill’s tax impact on individuals and small businesses—as well as those who advise them—has gone largely unexamined.

Because the AHCA is a budget reconciliation bill (legislation that focuses solely on budgetary concerns), it contains many provisions that affect the tax status of these groups. It also raises several questions on IRS reporting requirements going forward.

The clearest provision in the AHCA affecting individuals is the repeal of the individual mandate, retroactively effective in 2016. Technically, the repeal reduces the tax penalty associated with failure to have insurance coverage to zero.

The bill would also eliminate income-based premium tax credits and cost-sharing subsidies for individuals, effective in 2020. Instead, the vast majority of Americans would receive an age-based, refundable tax credit to buy health insurance on or off public exchanges.

The credit would be granted monthly for anyone with individual health insurance coverage, and would be equal to:

The AHCA would phase out the amount of the tax credit at higher levels of income, reducing it by 10 percent of the excess of the taxpayer’s modified adjusted gross income (MAGI) for incomes over $75,000 for individuals and $150,000 for families during the tax year. These figures would be adjusted for inflation.

Additionally, the tax credit would be limited to $14,000 annually for each family. Only the five oldest qualifying individuals of the family would be taken into account, married couples would need to file jointly, and individuals claimed as dependents on another person’s tax filing cannot receive the credit.

The AHCA directs that a number of agency heads work together to establish an advance payment program for individuals who qualify for this tax credit.

The AHCA would make further changes to taxes affecting individuals.

High-income individuals (those with an income of more than $200,000 for individuals or $250,000 for families) would no longer be required to pay the additional 0.9 percent toward Medicare, beginning in 2023.

Additionally, the bill would repeal the ACA’s 3.8 percent tax on investment income.

While the AHCA’s repeal of the employer mandate doesn’t affect small businesses with fewer than 50 employees, there are several tax provisions in the bill that do.

First, the AHCA would repeal the ACA’s small business tax credit as of 2020. In the interim—between 2018 and 2020—businesses choosing a group policy that covers elective abortions would also be denied the credit.

However, the AHCA would restore businesses’ ability to take a tax deduction for the Medicare Part D subsidy without reducing it by the amount of any federal subsidy. Additionally, the unpopular 40 percent “Cadillac” tax on high-cost employer-sponsored health plans would be delayed until 2026.

Finally, the AHCA would simplify individual tax credit coordination for employees covered by a Qualified Small Employer Health Reimbursement Arrangement (QSEHRA). Currently, QSEHRA participants who want to claim tax credits must first determine whether the monthly allowance from their employer qualifies as affordable coverage. If so, the participant doesn’t qualify for the credit. If the allowance isn’t affordable coverage, however, the participant can receive the credit. The amount of the credit is then reduced by the amount of the HRA allowance.

Under the AHCA, employees would no longer need to determine whether their QSEHRA allowance qualifies as affordable coverage. Instead, the employee would only need to ensure their tax credit is reduced by the amount of their HRA allowance.

Health savings accounts (HSAs) and flexible savings accounts (FSAs) are a cornerstone of Republican health policy, and receive a number of tax-related enhancements from the AHCA that would affect both individuals and small businesses.

First, contribution limits would be increased to allow individuals—as well as their employers—to put more tax-free money into their HSAs. If the bill is passed, contributions could reach $6,650 for self-only and $13,100 for family coverage beginning in 2018. These numbers are set to be adjusted for inflation, so these figures could increase.

The AHCA would also enable both spouses to make catch-up contributions into the same HSA, and it would allow funds to cover medical expenses that were incurred within 60 days of the date the HSA was established.

Penalties for using HSA funds on nonqualified expenses still exist, but the current taxation rate of 20 percent would be lowered to pre-ACA levels of 10 percent.

Similarly, the current $2,500 FSA contribution limit would be repealed.

These enhancements would likely increase usage of HSAs and FSAs not only by individuals, but by small businesses as part of a comprehensive benefits package.

With the surfeit of potential changes coming from Republicans and the AHCA, several employees, businesses, and tax advisors have questions on what their IRS reporting requirements might be going forward.

Currently, the ACA is still law. Reporting for 2017 is still expected, and there have been no notices issued on form or code updates. Filing extensions have not been announced and are not expected. For applicable individuals and businesses, Forms 1095 and 1094 are still due January 31, 2018, and March 31, 2018, respectively.

Currently, the IRS is reviewing 2015 tax filings, and anecdotal evidence suggests the group is collecting revenue on individual mandate penalties from those who are self-reporting a lack of coverage. While no evidence suggests the IRS is investigating individuals—or employers—who are not self-reporting, it’s no longer a reasonable assumption to make.

If the AHCA is passed, the repeal of the individual and employer mandates is retroactive to 2016. While no formal guidance has been given, it’s expected the IRS will create a form or other correction method to assist individuals and groups looking for a refund.

The CBO estimates released May 24, 2017, predict several changes to the individual and small business markets if the AHCA is passed. By 2026, an additional 23 million Americans would be uninsured, and 3 million fewer Americans would be covered by employer-sponsored health insurance. That’s a significant shift in tax responsibilities for these groups.

Overall, the AHCA would decrease regulation and require less reporting from individuals and small businesses. It would also lessen the tax complexity of nongroup employee benefits options like the QSEHRA or employer contributions to HSAs, and would entitle a larger number of individuals to tax credits from the government.

However, significant concerns from the Senate suggest the AHCA—if passed—would bear only some similarities to current legislation. Because Senate discussions on health care reform are taking place behind closed doors, it’s hard to make any predictions about what the tax landscape will look like in the near future.

For now, the ACA is the law of the land and individuals, businesses, and tax advisors are still subject to its tax requirements.