I'm working on a post about FSAs, but I realized that some people might not be clear on how FSAs work, so I'm going to spend this post going over the FSA basics. 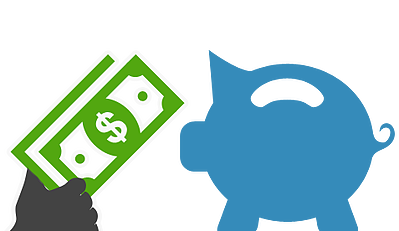 First, what is an FSA?  The terms stands for "Flexible Spending Account" (or "flexible spending arrangement" depending on who you ask) and it's basically a plan that allows employees to pay for certain expenses tax-free.  There are different types of FSAs, but I'm going to focus on medical FSAs which can only be used to pay for certain medical expenses.

Here's how an FSA (Flexible Spending Account) it works:

Let's look at an example case.  Let's say that a guy named Bob works at Acme Inc. and he's going to use their FSA program for the upcoming year.  Bob decides that he expects to spend $600 on health care expenses the following year so he tells his employer to withhold $600 from his pay checks over the course of the year ($50/month).  Then bob goes to the doctor and spends $100 which wasn't covered by his insurance.  He submits a claim for this $100 and Acme adds $100 (post-tax) to his next pay check.

By doing this, Bob effectively is able to pay for health care tax-free.  He's initially out of pocket more money than he would be otherwise (since he pays the $100 and he had money withheld from his paycheck) but the tax savings are worth it.

However, there are some major problems.  First of all, Bob can't change how much money he wants to contribute to the FSA unless he has a "life event" such as divorce, new child, etc.

Also, Bob has to spend the withheld money in that calendar year.  So if Bob elects $600 for the year but December rolls around and he's only spent $300, he needs to find $300 worth of medical expenses or else he just lost that money.  This is why you may notice stores that sell prescription glasses market a lot at the end of the year.  They know that a lot of people with FSAs have money that they need to blow on something.

Additionally, the employer has to make the entire year's worth of money available immediately even though it hasn't been withheld from payroll.  So Bob can get reimbursed for all $600 in January even though he hasn't withheld that money yet.  Imagine the mess this can make if Bob quits halfway through the year.

This is obviously a very basic overview of FSAs, but hopefully it was helpful.  Stay tuned for my post about why FSAs are an example of how things can go horribly wrong when too many politicians are involved.