Do you approve or disapprove of the Affordable Care Act (aka ACA or ObamaCare)? 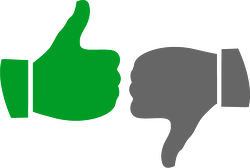 In a recent poll, 1,979 registered voters were surveyed about their feelings about ObamaCare, and analyzed by demographics. The Morning Consult National Healthcare Tracking Poll was conducted recently from August 29-31, 2013 from a nationwide sample. Results from the full sample have a margin of error of +/- 2 percent. The interviews were conducted online by Survey Sampling International, Inc. and the data were weighted to match a target sample of registered voters based on age, race, gender, education and region.

According to the survey, registered voters surveyed disapprove of ObamaCare by a 5% margin -- 49% disapprove of the 2010 national health reform law, 44% approve, and 6% have no opinion. 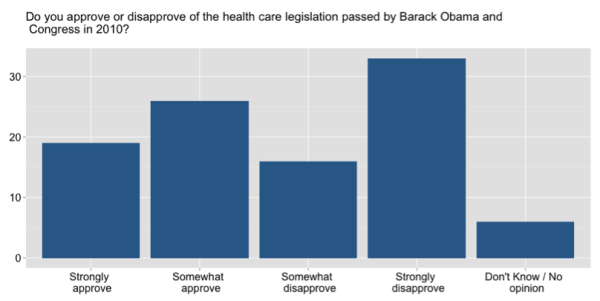 Many opponents of the health reform law say it will be difficult to get young, healthy people to sign up through the exchanges. While this is yet to be seen, the survey shows that older voters are more likely to disapprove of ObamaCare. 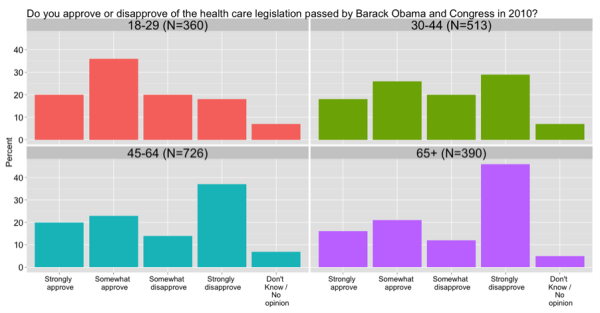 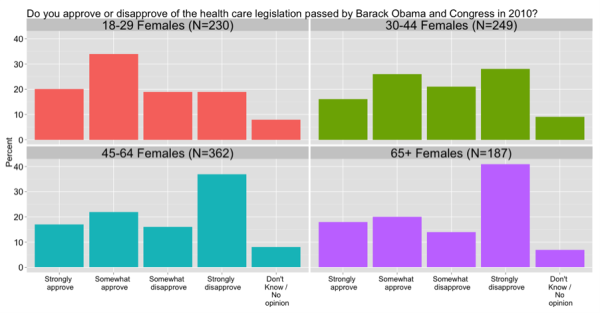 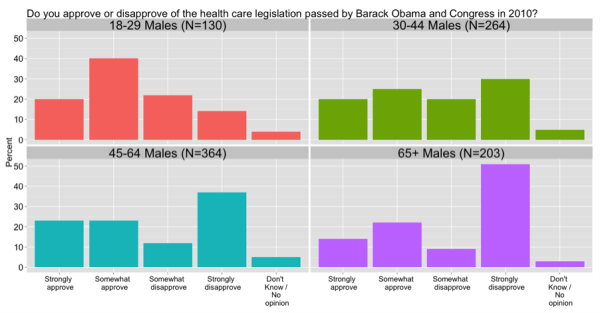 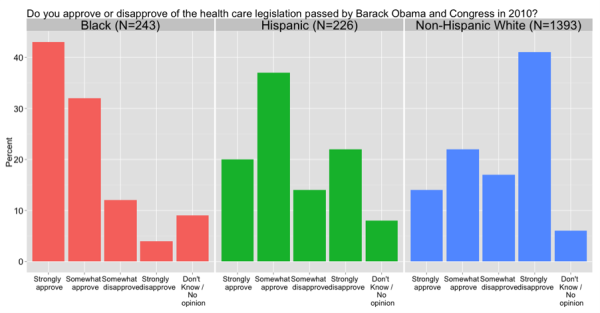 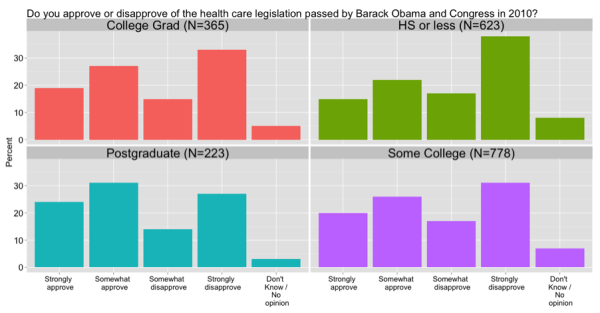 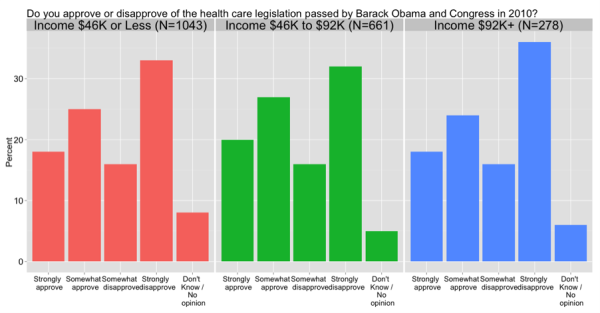 Lastly, the survey found that existing coverage does not affect whether a person approves or disapproves of ObamaCare. The percentage approval rates didn’t alter significantly whether the person had employer-based coverage, a government plan, individual insurance, or are uninsured. 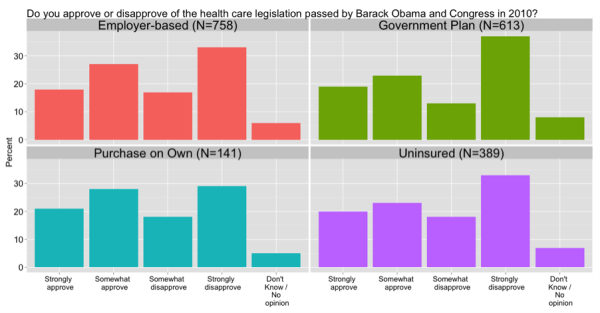 What do you think of these ObamaCare approval and disapproval stats? Leave a comment below.