According to the KFF report, all states reporting plan rates at time of analysis had at least two insurance providers offering plans through their health insurance exchange. Though, the number of plans and tiers of coverage that each insurer provides varies. 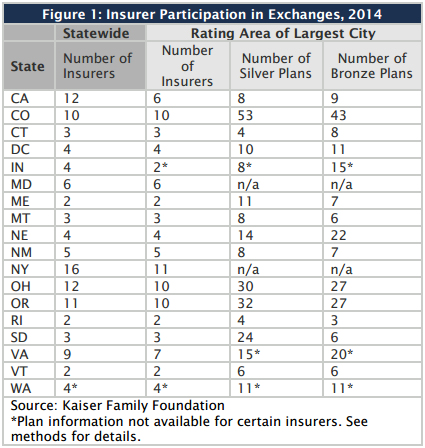 According to the study, unsubsidized individual health insurance exchange premiums vary from state to state for a number of reasons, including:

Premiums will also vary depending on the age of an individual, region the individual lives, the metal tier of coverage they choose, income, family size, and tobacco use.

Below is a chart analyzing rates. Bronze plans cover 60% of healthcare costs when averaged across all people participating in the plans. This means that people enrolled in Bronze plans will have the most cost-sharing and lowest level of coverage available. However, the premiums of Bronze plans are generally the lowest of the metallic tiers. 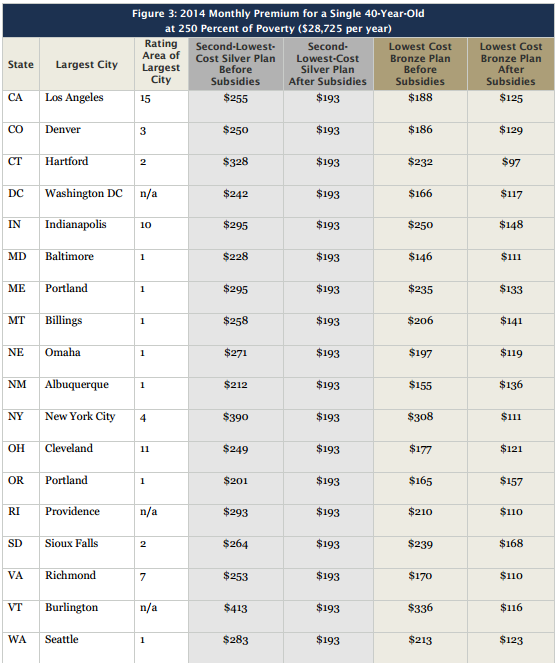 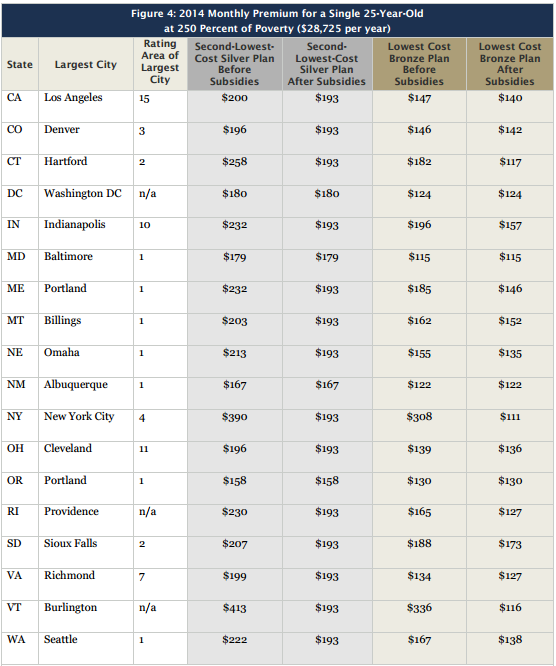 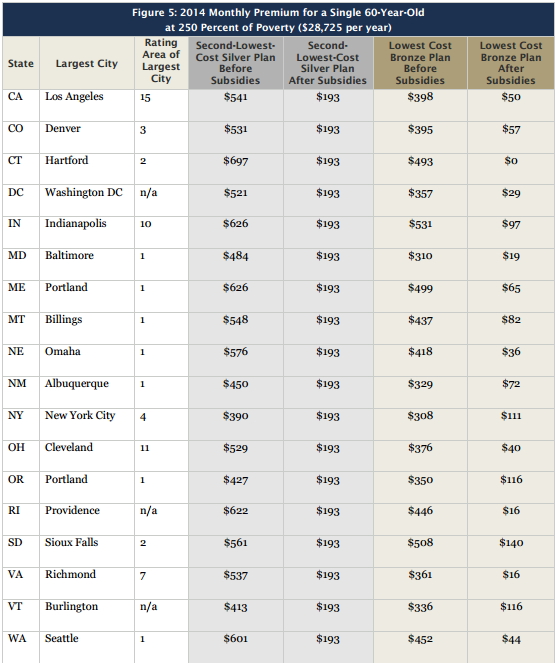 Income and family size will be the determinants of whether or not an individual and his/her family are eligible for the ACA premium tax subsidies ("credits"). The premium tax subsidies are calculated by limiting how much they pay on a silver level plan to a certain percent of their income. In other words, they cap the premium at a percentage of income. 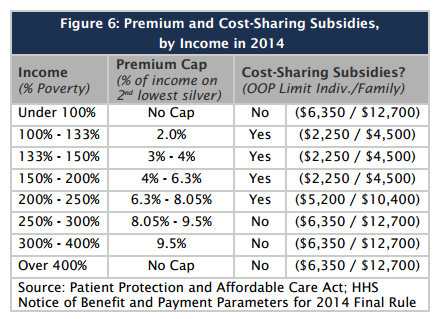 KFF also analyzed individual health insurance premium rates after the premium tax subsidies, and provided an analysis for each state.

As an example with the California Health Insurance Exchange, here are sample individual health insurance premium rates at different coverage levels, and at different family/income compositions.

According to KFF, individual health insurance exchange premium rates will vary significantly throughout the country, but in general they have been lower than expected. For example, estimations from the Congressional Budget Office imply that the premium for a 40-year-old enrolled in a Silver plan would pay a national average of $320/month for individual coverage. Fifteen out of the eighteen states for which data was available show premiums below that estimate.

Thoughts? Join the conversation in the comments below.