The U.S. Census Bureau recently released a Small Area Health Insurance Estimates (SAHIE) report using data from 2011. The report outlines the uninsured population trends in the United States, how they have been affected by the Affordable Care Act (ACA) so far, and how they may be impacted by the ACA provisions going into effect in 2014.

According to the administration, one of the main goals of the ACA is to get more Americans insured under affordable health insurance policies that cover a broad range of benefits. This report shows where some of the problems lie, and estimates how many people may be eligible for financial aid as a part of the health reform law. This article outlines the key findings of this report. The main highlights include:

Working-Age Adults Have a Higher Percentage of Uninsured than Children 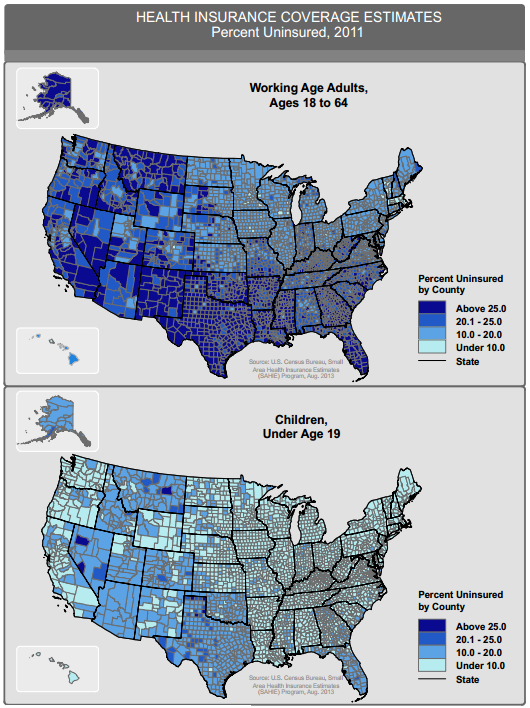 The maps below show how insurance coverage varies with income. Across all income levels, the percent of uninsured persons age 65 and under varies from 4.9% to 25.7% by county. But this percentage is related directly to income.

The SAHIE uses income to poverty ratios (IPR) as a measurement of income. The IPR is calculated in the same manner as the Federal Poverty Level (FPL), so for reference, these measurements are interchangeable, but for the purpose of keeping consistent with the SAHIE report, IPR will be used for this blog post. To read more about the FPL see: 2013 Federal Poverty Line (FPL) Guidelines. 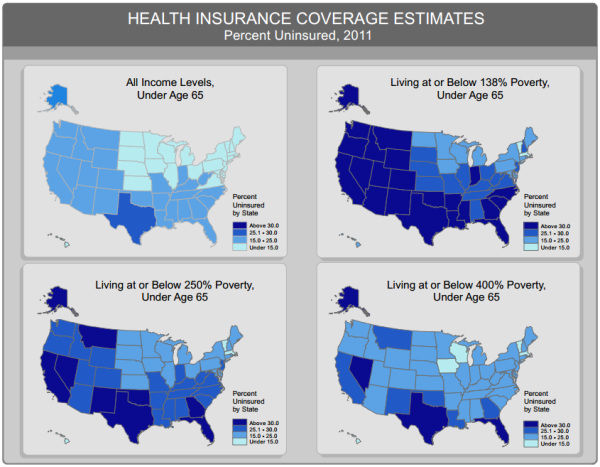 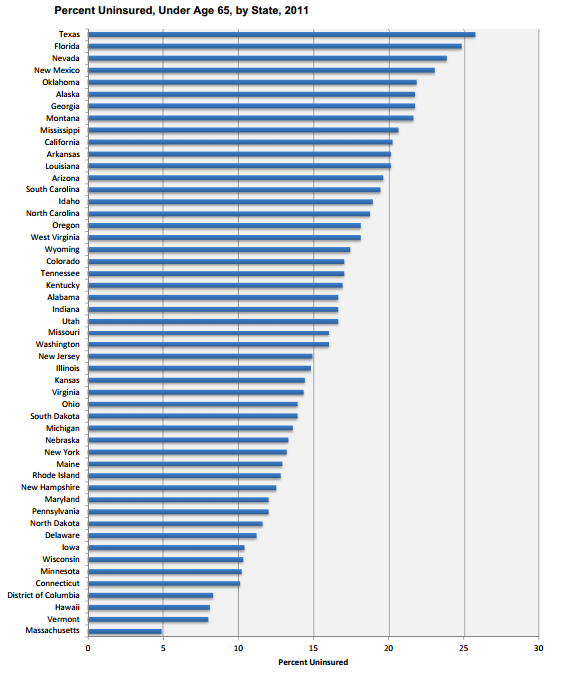 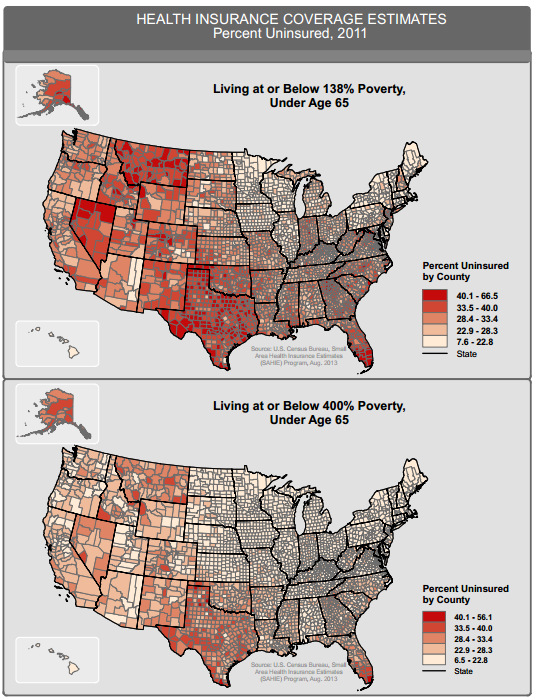 Where does your state or county fall?