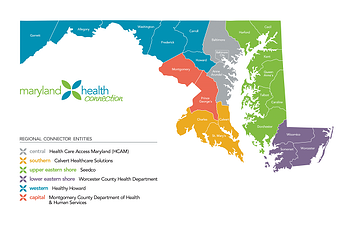 A report by the Maryland Health Connection compares its proposed premium rates to rates of 12 other states with available rate data. According to the report, Maryland is among the lowest of the 12 states. For example, a 50 year old resident enrolled in a silver plan in New York has an approved rate of $319 per month, while the same resident in Maryland has an approved rate of $260 -$269 per month depending on the region – 18% less in premium cost.

When compared to all of the available bronze plan proposals, Maryland had the lowest rates. The smallest premium on a bronze plan for a 25 year old in Maryland is $114, compared to $134 in Virginia, $146 in Colorado, $163 in Ohio, $167 in Washington State, and $174 in California.

In addition, the Hilltop Institute estimates that three out of four residents purchasing health insurance through the marketplace will be eligible to receive a premium tax subsidy on their plan, allowing them to pay even less. There will also be opportunities for low-income Marylanders to reduce deductibles, cost sharing, and out-of-pocket caps.

The second is the way in which Maryland is planning to handle risky consumers next year. The state is keeping their high-risk pool open for people with pre-existing conditions who don’t want to change coverage. This is being implemented with the purpose of keeping a portion of the sick population out of the health insurance marketplace, and apparently, Maryland’s insurance department asked its insurers to take this into account when proposing their premium rates.

Along with lower premiums Maryland provides the following key features of their plans: