Employer-sponsored health insurance “eroded substantially” from 1999 to 2011. These are the findings published yesterday in a report by Robert Wood Johnson Foundation. According to the release, the analysis provides a baseline to measure the impacts of the Affordable Care Act expansions of public and private coverage in 2014. 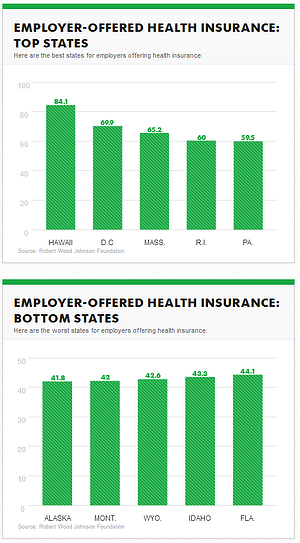 
Trends Due to Health Care Reform?

The study found that no, employer-sponsored health insurance was already steadily declining nationwide before the Affordable Care Act was signed in 2010.

"This documents that in virtually every state across the country, there has been a steady decline in employers that provide coverage over the past 10 years," said Andrew Hyman, director of the Robert Wood Johnson Foundation's health care coverage team, in a USA today article. "It would be a real stretch to say this was caused by anticipation of the Affordable Care Act," President Obama's 2010 health care law.