Study: Americans Unsure How Affordable Care Act Will Impact Them

The majority of Americans are still unsure how the Affordable Care Act (ACA) will impact them. These are the findings from Kaiser Family Foundation's March 2013 Health Tracking Poll. Here are the highlights of the March poll.

According to the poll, two-thirds of the uninsured and a majority (57%) of Americans overall say they have too little information to know how the Affordable Care Act will impact them.

Generally, the public is not aware or knowledgable on the decisions states are making about ACA Medicaid expansion and establishing state insurance marketplaces. The poll found 78% did not know enough about their state's decision to participate in Medicaid expansion, and 48% knew nothing about their state's decision for the health insurance marketplace. 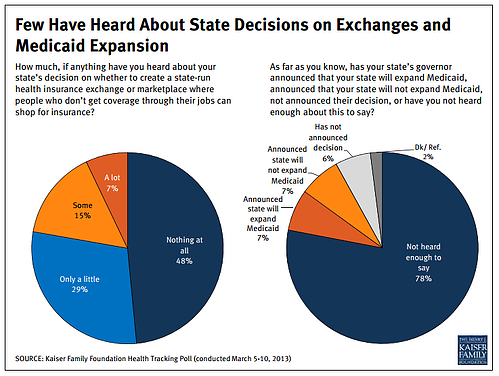 According to the poll, the country remains fairly evenly divided on the ACA, with 40% holding an unfavorable view of the law and 37% holding a favorable one.

Looking ahead, the public’s expectations about ACA's likely impact on their own families tends to be more negative than positive, with 29% saying the ACA will make them worse off, 21% saying it will make them better off, and four in ten saying it won’t make much difference. 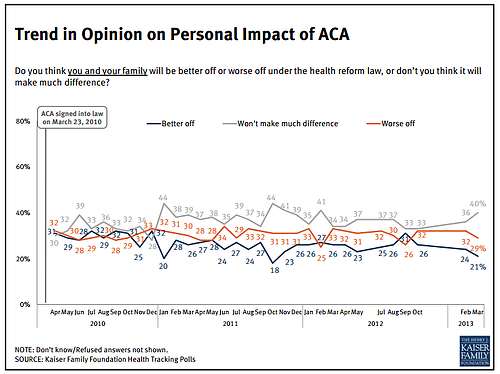 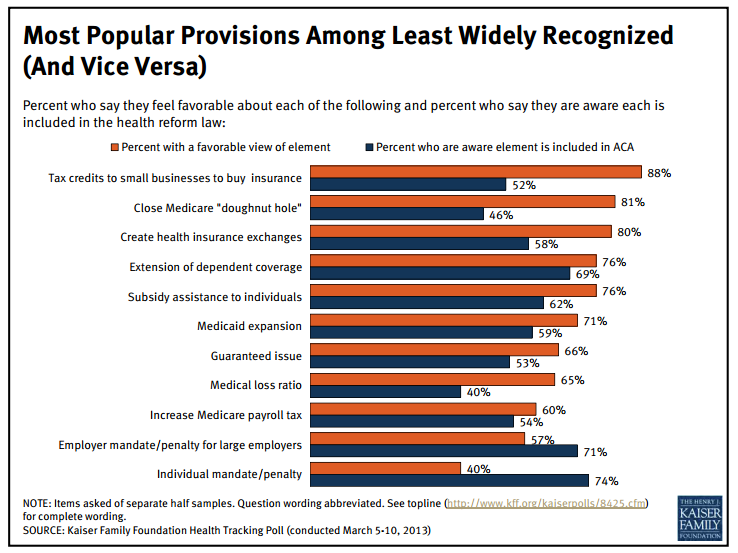 Does this reflect what you're seeing with your clients, and in your community? Let us know in the comments.