One of the biggest tax exclusions in the U.S. is the exclusion that allows workers who get job-based (or "employer paid") health insurance coverage not to pay taxes on the value of those policies and employers to deduct the cost as a business expense. The exclusion costs the Treasury an estimated $246 billion annually, according to Congress’ Joint Committee on Taxation, dwarfing the second-largest break, the mortgage interest deduction, which costs an estimated $98 billion. 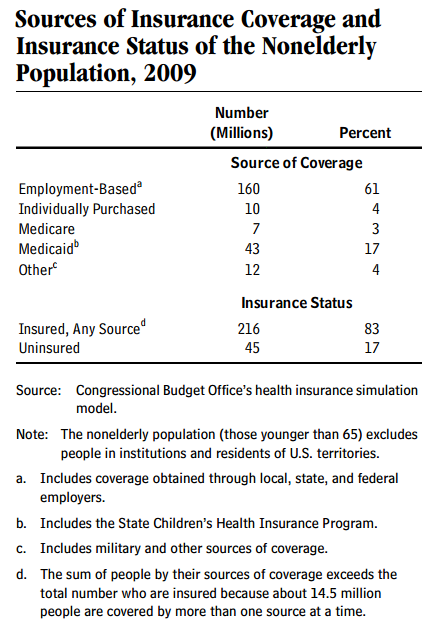 The effects of the exclusion on the federal budget are large, exceeding federal spending on Medicaid. The Joint Committee on Taxation has estimated that the total federal tax expenditure associated with the exclusion for employment-based health insurance was $246 billion in 2007, consisting of $145 billion in individual income taxes and $101 billion in payroll taxes. By comparison, the federal government spent over $195 billion on Medicaid in 2007. In addition, the federal government incurs an additional tax expenditure of about $5 billion annually by allowing self-employed individuals to deduct the costs of health insurance from their taxable income.

History of the Tax Exclusion for Employer Paid Health Insurance

The history of employers providing workers with health insurance goes back for decades. In the early 1940s, the federal government changed the tax laws to allow businesses to provide health insurance coverage as part of an employee's compensation package 100% tax-free.

Should We Eliminate the Tax Exclusion for Employer Paid Health Insurance?

Some economists think that reducing or eliminating the tax exclusion would slow spending on health care because it would prompt employers to choose less generous insurance plans that cost less. However, eliminating the tax exclusion would eliminate the primary reason most employers offer health insurance, which might cause many firms to drop health insurance coverage altogether.

Starting in 2018, the Affordable Care Act (ACA) attempts to address this issue by imposing a 40 percent excise tax on health plans that cost more than $10,200 for individuals, or more than $27,500 for a family.

What do you think? Should we remove the tax exclusion for employer paid health insurance?